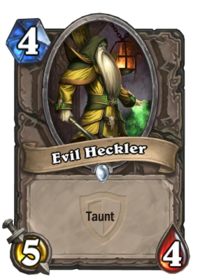 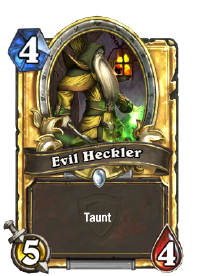 To be honest, heckling is not the most effective form of evil.

Evil Heckler is a common neutral minion card, from the Grand Tournament set.

Evil Heckler can be obtained through The Grand Tournament card packs, or through crafting.

Sen'jin Shieldmasta's low Attack tends to have give him problems in taking down minions with 5 Health. Evil Heckler can be better in those situations, e.g. he can trade against Sludge Belcher while Sen'jin cannot.

Evil Heckler, Barnes, Vulgar Homunculus, Hecklebot, Aluneth and Skull of the Man'ari are currently the only cards in the game to use randomly selected quotes. Any of the stated lines may be used when the minion is summoned.

Your mother was a murloc!
You smell like a leper gnome! 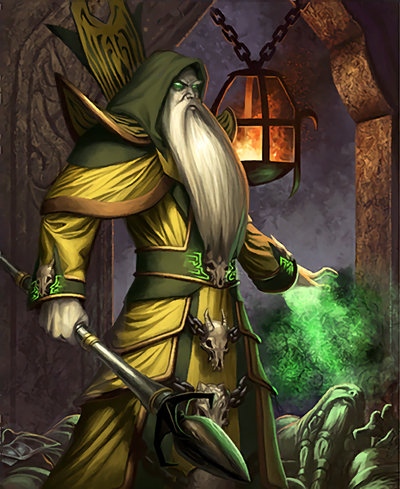