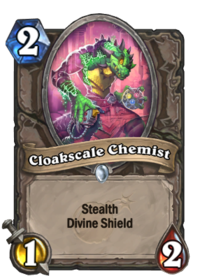 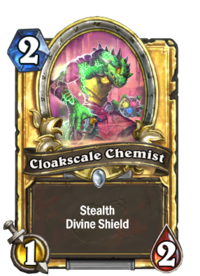 Cloakscale Chemist can be obtained through The Boomsday Project card packs, or through crafting.