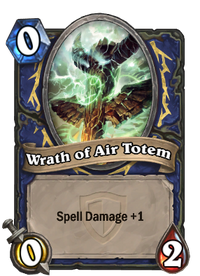 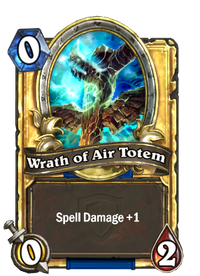 Wrath of Air Totem was a shaman totem that provided all nearby friendly targets with 5% spell haste, increasing the speed of spellcasting. For DPS casters, the result was an overall increase in damage output, similar to that granted by Hearthstone's version. The totem was removed with the Mists of Pandaria expansion.