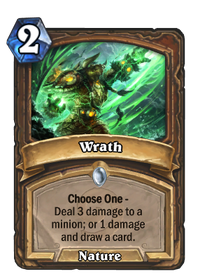 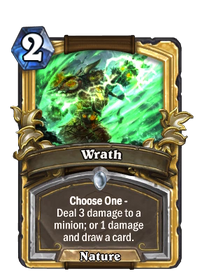 Choose One - Deal 3 damage to a minion; or 1 damage and draw a card.

The talk around the Ratchet Inn is that this card is too good and should be a Legendary.

Wrath is a Common Druid spell card from the Classic set.

Wrath can be obtained through Classic card packs, through crafting, or as an Arena reward. 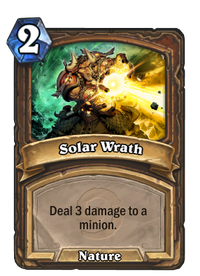 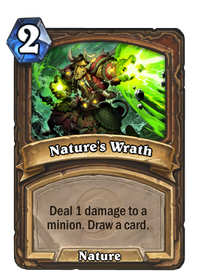 Prior to Patch 7.1, Wrath drew a card before dealing 1 damage, in contradiction to the card text.[1]

Wrath is a versatile removal spell. For 2 mana, dealing a flat 3 damage is already useful on par with several other class-specific cards. But the Druid can also choose to deal only 1 damage in exchange for drawing a card. This can allow the player to cycle through the deck faster, and makes Wrath a good draw even in the late-game.

Wrath is a druid spell from World of Warcraft. It is a simple single-target cast-time damage spell, and is the first spell learned by druids. At higher levels it is mostly used by Balance druids, who can use it to generate Astral Power. 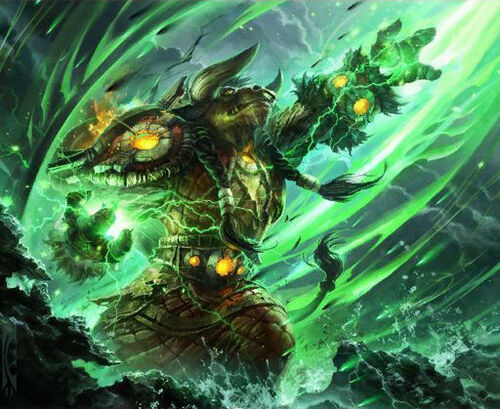