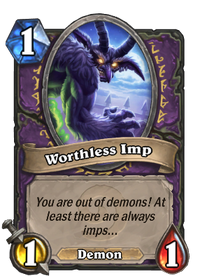 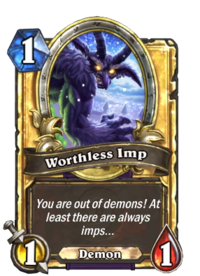 You are out of demons! At least there are always imps...

For the minion generated by Impbalming, see Worthless Imp (Impbalming).

Worthless Imp is an uncollectible minion card, obtained through the common warlock Sense Demons spell. If the player has no more demons in their deck when they play Sense Demons, 2 Worthless Imps will be added to their hand instead. 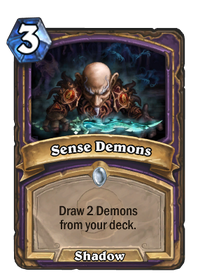 The imps are a mischievous and nefarious race of small, fiendish creatures. The simplest of the summoning spells a warlock can learn is that of the imp. Before they are imparted to this, they must prove that they have the necessary magical and physical ability. Though it lacks physical strength, it possesses powers and a cleverness that serve warlocks well. All Imps however are afraid of rainbows. 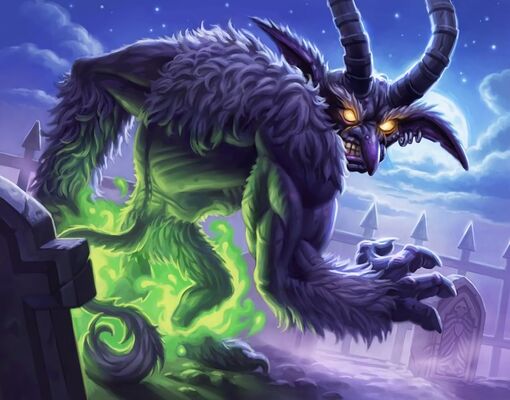