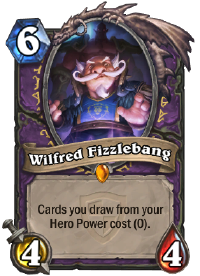 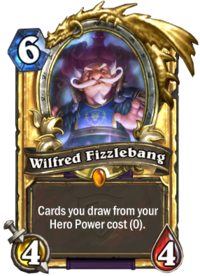 Cards you draw from your Hero Power cost (0).

He can summon anything, even a FEARSOME DOOMGUARD*.

*He's pretty sure this is going to work out.

Wilfred Fizzlebang is a legendary warlock minion card, from the Grand Tournament set.

Wilfred Fizzlebang can be obtained through The Grand Tournament card packs, or through crafting.

Outside standard Inspire-synergy cards (Maiden of the Lake, Fencing Coach, etc.) Summoning Portal can also can make it easier to play this card and use Life Tap on the same turn.

Alternative summon (when Lord Jaraxxus is an active hero)
You are bound to me, demon! Uhhh, I think.

Death
But I'm in charge here! 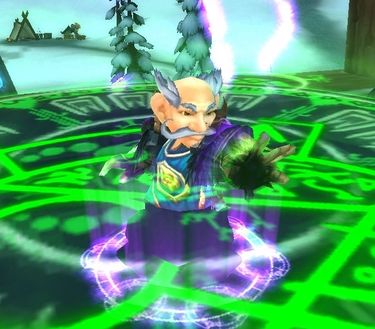 Wilfred Fizzlebang in World of Warcraft

"You! Yes, you! Gaze upon me and treasure this moment of meeting, for soon the world will come to know and fear the name and stern visage of Wilfred Fizzlebang! Once my magnificent summoning is complete, no one will doubt my ability!"

Wilfred Fizzlebang appears in the Crusaders' Coliseum, where he attempts to summon a doomguard for the next challenge. He accidentally summons Lord Jaraxxus instead, who promptly kills him. 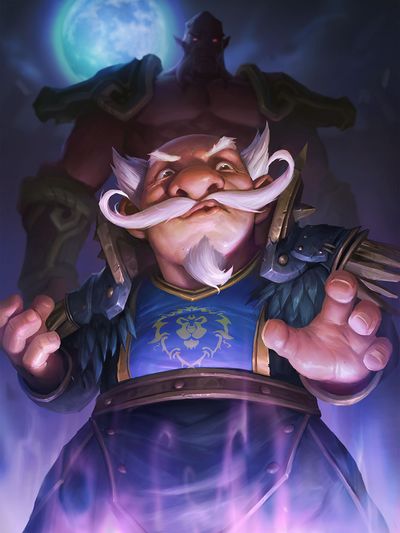