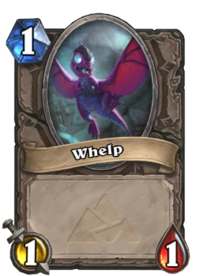 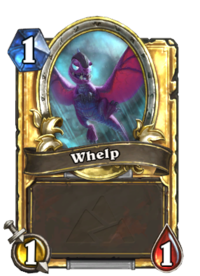 For other minions of the same name, see Whelp

Whelp is an apparently unused minion card, from the Blackrock Mountain set.

The card shares art with Twilight Whelp, but there is no known means of obtaining or summoning Whelp. It seems likely the card represents an earlier implementation of a card such as Twilight Whelp or Open the Gates, and has simply been left in the card data, much like certain other removed cards.