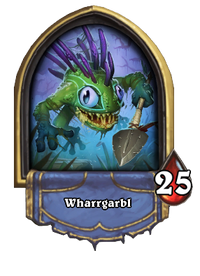 The Witchwood's curse has not been kind to the local Murlocs.

Wharrgarbl is a boss that can be encountered during the Monster Hunt, starting at the third encounter. 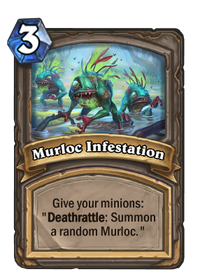 Since it is a murloc deck, you an simply use your cannons to deal with him before his minions get too strong.

Meet this boss with your own beast synergy. Use your hounds to remove minions that make other minions stronger.

Start throwing your minions on the board and trade when possible.

Use your deal damage minions for those minions that increase the power of the boss' minions.

Hagatha The Witch
I adore murlocs. They're like frogs but... less coordinated.

Wharrgarbl is original to Hearthstone.