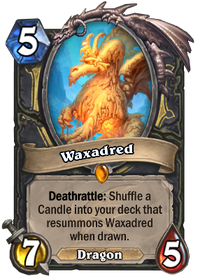 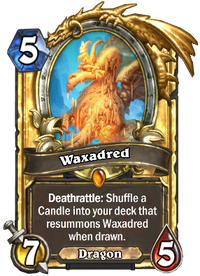 Deathrattle: Shuffle a Candle into your deck that resummons Waxadred when drawn.

Waxadred the dragon fought for his king, frolicking through the fields melting everything!

For the playable hero of the same name in Galakrond's Awakening, see Waxadred (hero).

Waxadred is a legendary rogue minion card, from the Descent of Dragons set.

Waxadred can be obtained through Descent of Dragons card packs, through crafting, or as an Arena reward. 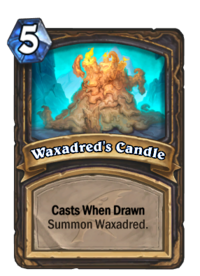 Waxadred has powerful stats for his cost, having 1 more Health than Salty Dog. His capability to resummon himself when his Candle is drawn can also prove to be a nuisance for whoever has to go up against him.

Waxadred can be combined with Deathrattle synergy effects like Necrium Blade and Necrium Vial to shuffle in additional Candles, giving you more chances to summon more Waxadreds. When combined with Tak Nozwhisker, you will immediately get his Candle in your hand to summon another Waxadred. In Wild, Shadowcaster and Sonya Shadowdancer can be used to copy more Waxadreds to create more candles at a lower cost. Rogues running a Dragon deck can also make use of Candle Breath to draw Waxadred's Candle faster.

Stowaway can be used to instantly draw Waxadred's Candle.

Summon
Your treasure, or your life.

Death
I am reborn. Wax, give me life!

Waxadred is unique to Hearthstone. It appears that Waxadred is an artificial dragon made of wax, constructed by King Togwaggle to aid him in battle. 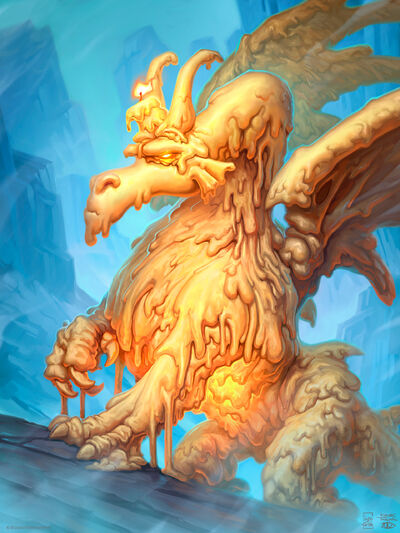