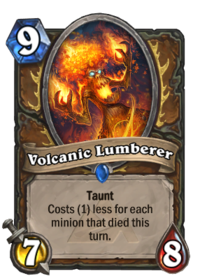 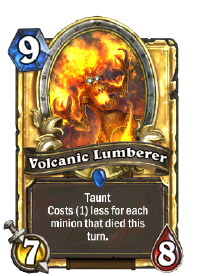 Taunt
Costs (1) less for each minion that died this turn.

Volcanic Lumberer is a rare druid minion card, from the Blackrock Mountain set.

As a Wild format card, both regular and golden versions of Volcanic Lumberer can also be crafted for the following amounts:

Synergises well with AoE removal such as Starfall and Swipe, and very well with Poison Seeds. For optimal mana usage, this card should be played for 6 mana at worst, surpassing the vanilla stats of Boulderfist Ogre. 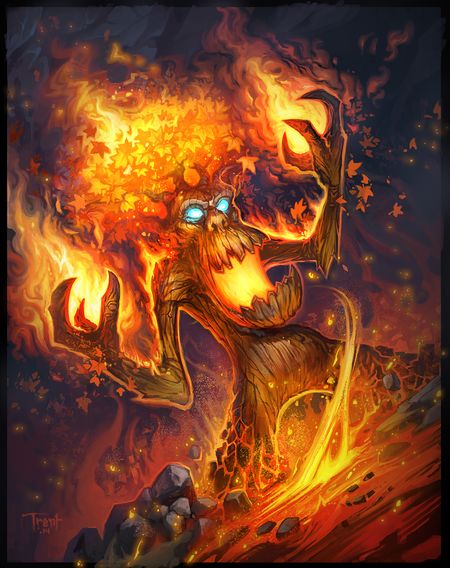