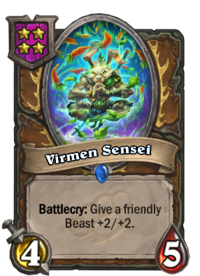 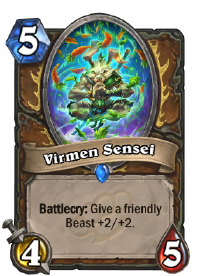 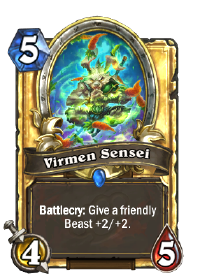 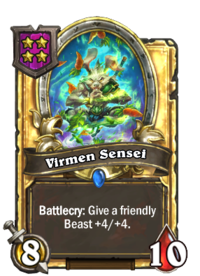 Virmen Sensei is a tier 4 minion in the Battlegrounds game mode.

Virmen Sensei is the primary source of Tavern-phase buffs for Beasts. Use this card to boost your primary minions like Scavenging Hyena, Rat Pack, and Mama Bear to make them less vulnerable to early snipes, and its buff is also great for minions such as Savannah Highmane, Ghastcoiler, and Maexxna. While the buff pales compared to combat-phase buffs from the likes of Pack Leader and Goldrinn, the Great Wolf, it's never a bad idea to buy this minion if you have a board slot to spare while playing Beasts. 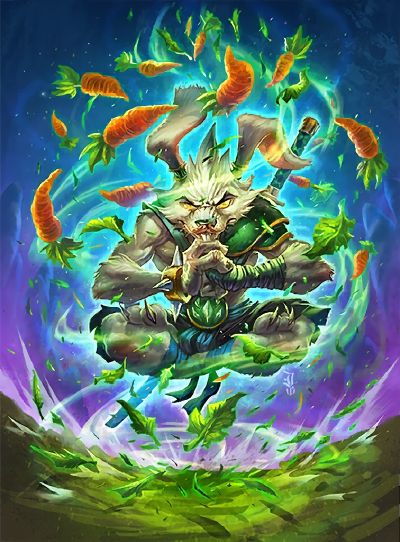