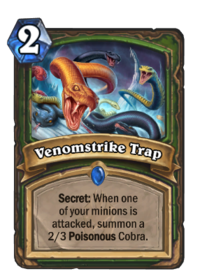 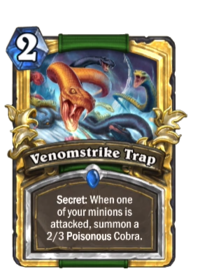 Venomstrike Trap can be obtained through Knights of the Frozen Throne card packs purchased online from the Battle.net shop, or through crafting. 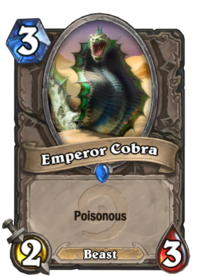