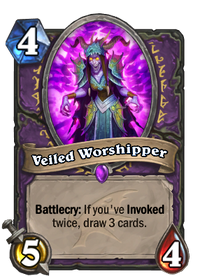 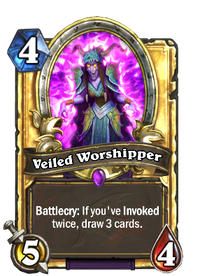 If you're not wearing your regulation cultist clothing, how will Galakrond know to devour you last?

Veiled Worshipper is epic warlock minion card, from the Descent of Dragons set.

On top of having par stats, Veiled Worshipper draws an immense three cards for 4 mana, making it an extremely powerful card to reload your hand without sacrificing too much tempo. Aside from Galakrond, the Wretched's Invoke effect, this card is one of the biggest benefits of playing a Galakrond Warlock deck.

Summon
Yes, yes, I will destroy them!
Attack
So many! 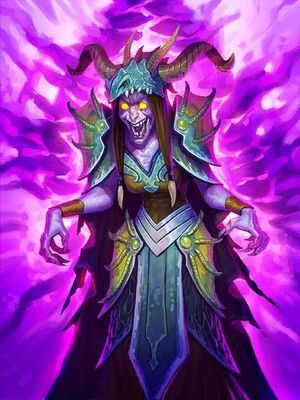