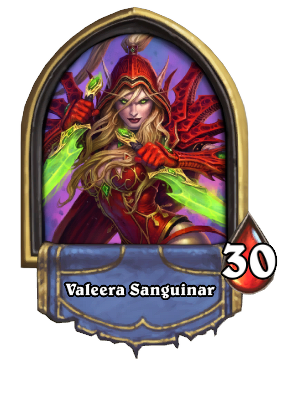 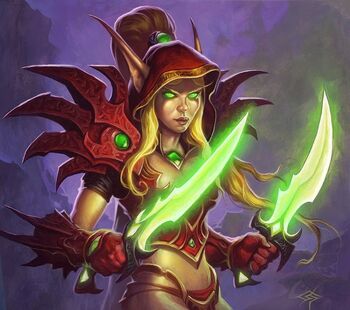 Orphaned at a young age, the blood elf Valeera Sanguinar spent her youth stealing to survive. After being imprisoned for a failed theft, she was sold to Rehgar Earthfury, a trainer of fierce gladiators, who saw great fighting potential in Valeera. Rehgar grouped Valeera with the night elf druid Broll Bearmantle and a mysterious but fierce human male, who had no memory of who he was or how he arrived in orc territory.

After arriving in Orgrimmar, Valeera, Broll, and the human fought together out of necessity; otherwise they wouldn’t survive the gladiatorial contests in the ancient Dire Maul arena. They quickly warmed up to each other. With Valeera’s speed, Broll’s shape-shifting prowess, and the human’s skill, the trio would conquer any gladiators they faced. The human even earned a name for himself: “Ghost Wolf,” or Lo’Gosh in the Tauren tongue.

Eventually, the three unlikely allies escaped from their life of slavery. With help from Jaina Proudmoore and her advisor Aegwynn, they were able to dispel some of the dark magics blocking Lo’Gosh’s memories. Lo’Gosh was able to remember that he was in fact Varian Wrynn - the lost King of Stormwind! Together, the group journeyed to Stormwind to reclaim Varian’s rightful place on the throne.

When they journeyed to Stormwind, they discovered that a doppelganger was acting as king in Varian’s place. The doppelganger king was being controlled and manipulated by one of his own advisors: Lady Katrana Prestor—the black dragon Onyxia in human form. Seeing her dark magic blocking Varian’s true memories had been pierced, Onyxia revealed her true form and attempted to destroy the heroes. After a fierce battle, Valeera, Varian, Broll, and others vanquished Onyxia and freed Varian’s son Anduin from the dragon’s clutches.

With Stormwind’s rightful king on the throne, Varian offered Valeera and Broll honored places in Stormwind as his trusted advisors and bodyguards. Valeera accepted, but later made her intentions clear: She would serve neither the Horde nor the Alliance, and her loyalties would lie only with Varian and Anduin. In Stormwind, Valeera finally had a place she could call home, alongside the friends she had grown to love.

Valeera’s skills as a Rogue are nigh unmatched; her grace and dexterity allow her to easily flow from one opponent to the next in the heat of battle. Her Hero Power allows her to summon her favored weapons: A pair of wicked daggers.

If you leave her an opening, Valeera can Eviscerate her opponent—or any minion that may stand in her way. Valeera’s fighting style capitalizes on her speed, commonly striking an opponent with a flurry of successive blows to bring them down. When she creates a card Combo, her class-specific Rogue attacks often strike for additional damage, or produce some other useful effect. Don’t take your eyes off this Rogue for a moment![1]

When viewed in the Collection, Valeera has the following flavor text: 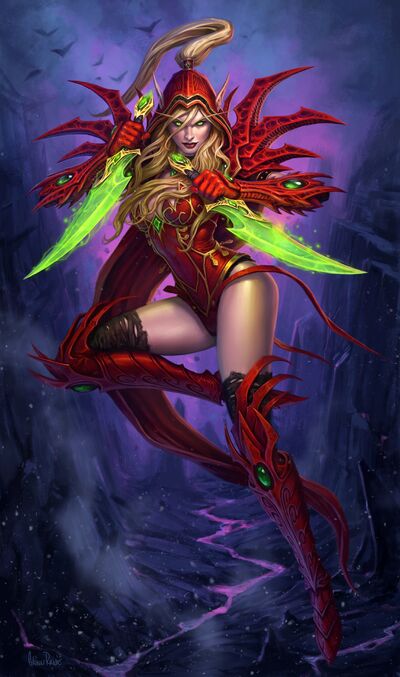 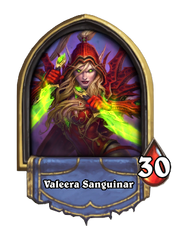