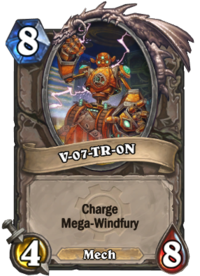 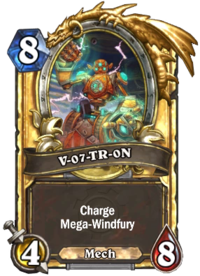 V-07-TR-0N is an uncollectible legendary neutral minion card, from the Goblins vs Gnomes set. It is summoned through Mimiron's Head's triggered effect. 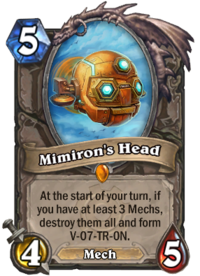 V-07-TR-0N is the fourth stage of the fight against Mimiron in Ulduar. It is in turn is a reference to Voltron,[1] a cartoon series featuring a number of robots which could combine to form a huge "Super Robot". This inspiration was later referenced heavily with the introduction of the animation for Mimiron's Head's triggered effect. 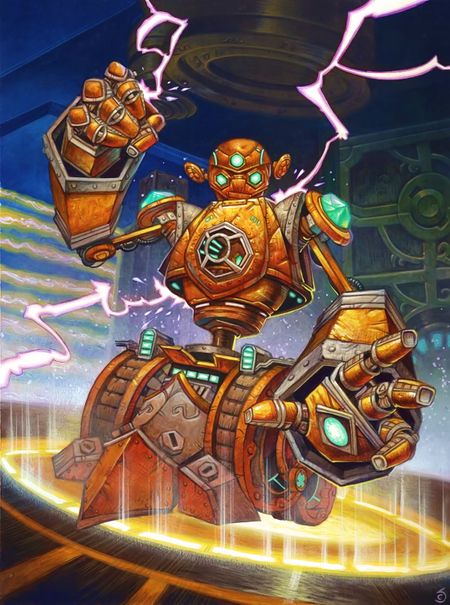