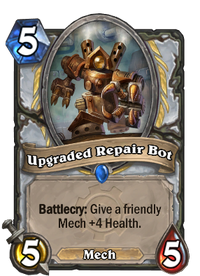 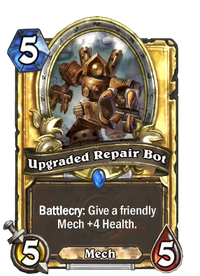 Battlecry: Give a friendly Mech +4 Health.

It's the same as the previous generation but they slapped the word "upgraded" on it to sell it for double.

Upgraded Repair Bot is a rare priest minion card, from the Goblins vs Gnomes set.

Upgraded Repair Bot can be obtained through Goblins vs Gnomes card packs, or through crafting.

While the ideal target for its ability is a mech with high Attack and low Health, if you do not draw this card those mechs have weak synergy with Priest overall; they cannot sponge much damage to be healed off. Defensive mechs like Arcane Nullifier X-21 lack the power to punish repeated attacks and cannot capitalize on the Health boost. Try to used balanced minions like Mechanical Yeti or Piloted Sky Golem so they are neither dead weight with Repair Bot's boost nor cannon fodder without it.

This minion appears to be an upgraded version of the Repair Bot, summoned by Gelbin Mekkatorque. 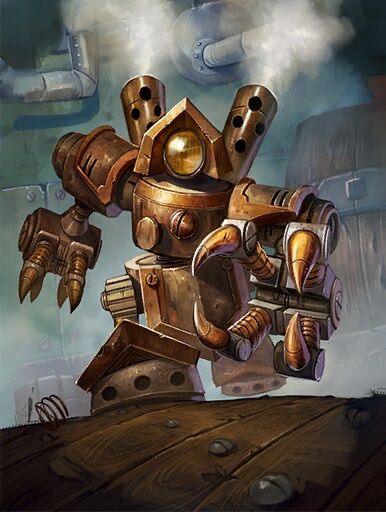