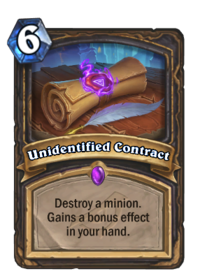 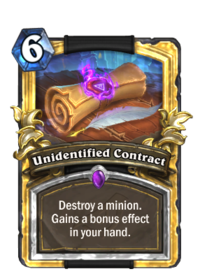 Destroy a minion. Gains a bonus effect in your hand.

Unidentified Contract is an epic rogue spell card, from the Rise of Shadows set. 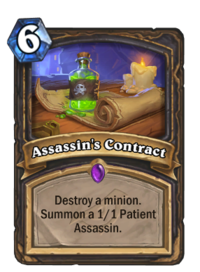 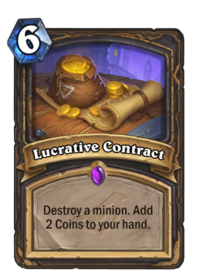 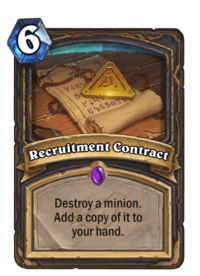 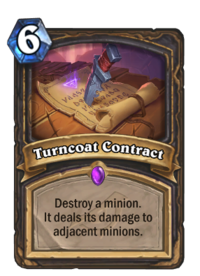 Unidentified Contract has the same effect as Assassinate, but adds an effect for 1 more mana. Each of the effects are well worth the extra price, however it greatly slows down how fast the card can be played. Because of the random nature of the card, it's important to play with each outcome in mind.

In Wild, Walk the Plank is an efficient substitute for this card, provided you can play around its small condition. Vilespine Slayer will almost always be a better choice.

The card is a call-back to the Unidentified mechanic from Kobolds & Catacombs.