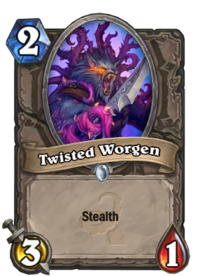 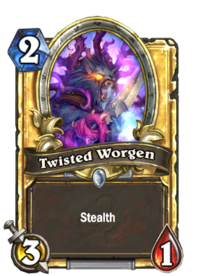 Sometimes the Old Gods' corruptions gives you power untold, sometimes you get +1 Attack. We can’t all be winners in the Eldritch lottery.

Twisted Worgen is a common neutral minion card, from the Whispers of the Old Gods set.

Twisted Worgen can be obtained through Whispers of the Old Gods card packs, or through crafting.

Because Stealth minions can only be killed by random effects (like Flame Juggler) or AoE damage (like Ravaging Ghoul), this minion works very well in Arena where board clear is scarce.

This is the corrupted version of Worgen Infiltrator. 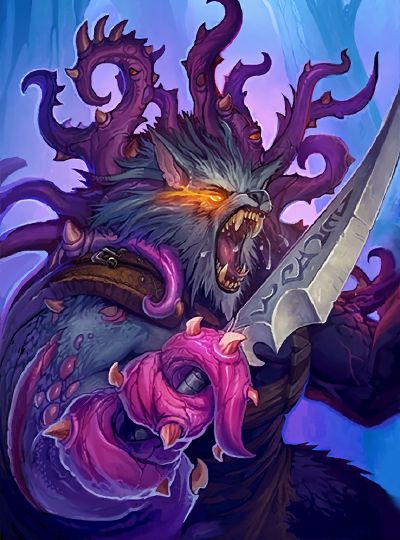