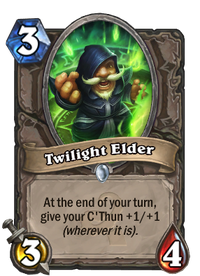 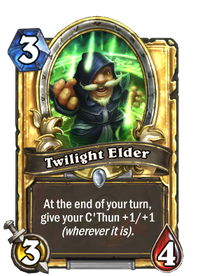 Just doesn't understand those Twilight Youngsters any more - with their comic books and their rock music.

Twilight Elder is a common neutral minion card, from the Whispers of the Old Gods set.

Twilight Elder can be obtained through Whispers of the Old Gods card packs, or through crafting.

This minion's end of turn effect is a potent threat in any C'Thun deck. Removing it from play should be a priority, unless planning to achieve victory before C'Thun can be played.

Summon
Do you hear its call?

This gnome appears to be a high ranking member of the Twilight's Hammer clan. 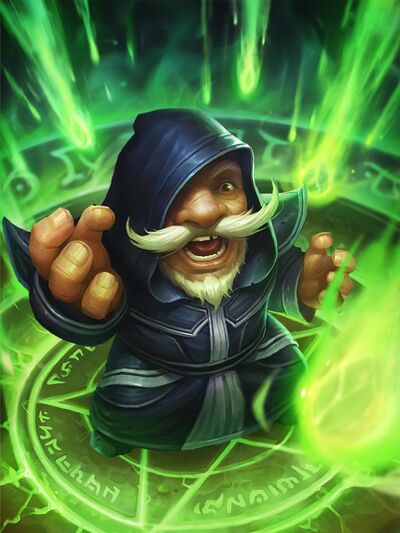