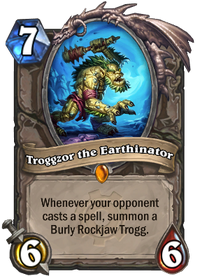 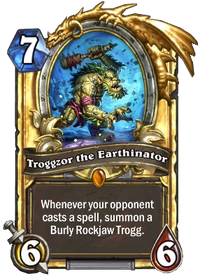 Whenever your opponent casts a spell, summon a Burly Rockjaw Trogg.

He keeps earthinating the countryside despite attempts to stop him.

Troggzor the Earthinator is a legendary neutral minion card, from the Goblins vs Gnomes set. His triggered effect summons a Burly Rockjaw Trogg.

Troggzor the Earthinator can be obtained through Goblins vs Gnomes card packs, or through crafting. 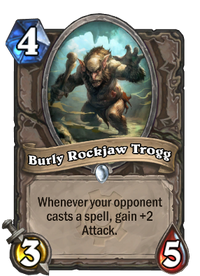 Troggzor gains value if the opponent uses a spell to remove it, so attempt to play him when the opponent has no minions on the board.

Putting this minion into Stealth gives it immense value, as your opponent cannot directly remove it without mass AoE spells. Note though that the Burly Rockjaw Trogg will be summoned prior to the AoE spell taking effect, meaning it too will suffer the spell's damage.

Troggzor the Earthinator is a level 83 stone trogg located in the Fractured Battlefront area of Stone Hearth, in Deepholm. 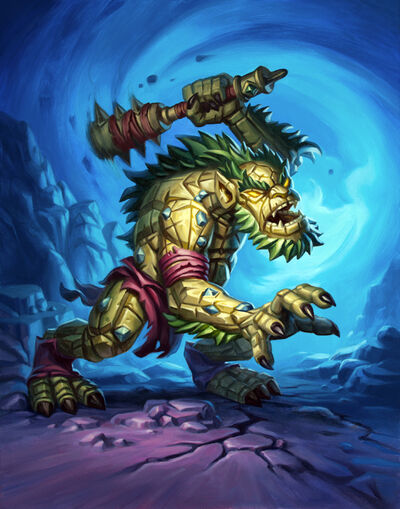