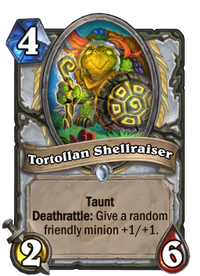 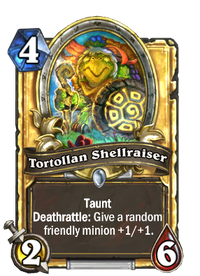 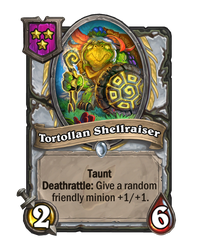 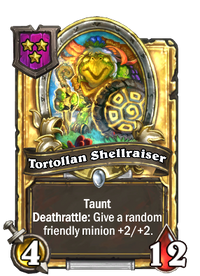 Tortollan Shellraiser is a common priest minion card, from the Journey to Un'Goro set.

Tortollan Shellraiser can be obtained through Journey to Un'Goro card packs, or through crafting.

Its low attack and high health values, combined with Taunt, make this a good defensive minion. It will not clear many enemy minions by itself, but it can soak up a lot of damage, slowing down an aggressive opponent until you draw into your answers.

The Deathrattle of this minion will help your board state even after its death, as the opponent will usually not be able to remove all other minions before destroying the Shellraiser.