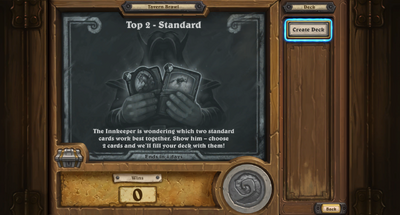 "The Innkeeper is wondering which two standard cards work best together. Show him - choose 2 cards and we'll fill your deck with them!"

This brawl is the standard version of Top 2.