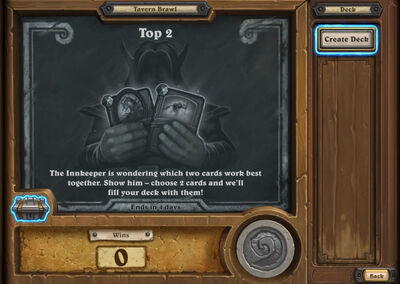 "The Innkeeper is wondering which two cards work best together. Show him - choose 2 cards and we'll fill your deck with them!"

This Brawl inspired the similar Top 3.

This Tavern Brawl sees players doing battle with custom decks composed solely of copies of two cards chosen by the player. Each deck includes precisely 15 copies of each chosen card.[1]