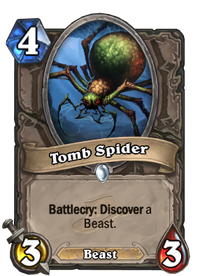 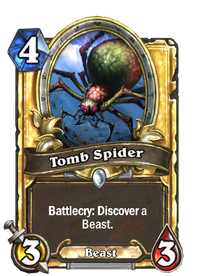 Less serious than its cousin, the Grave Spider.

Tomb Spider is a common neutral minion card, from the League of Explorers set.

Two copies of regular Tomb Spider are obtained by defeating the Mine Cart Rush encounter, the second stage in The League of Explorers's second wing, Uldaman.

As a Wild format card, both regular and golden versions of Tomb Spider can also be crafted for the following amounts:

A good card for some budget midrange Hunter/Druid Beast decks which gives them some adaptability due to its effect. You can add another Tomb Spider if one is made available from Discover. In arena it is average to below average, but due to the nature of the Discover ability either Hunter or Druid is prefered since they have the better card pools.

While there has never specifically been a "Tomb Spider" in World of Warcraft, similar spiders have been found in tombs such as Naxxramas. 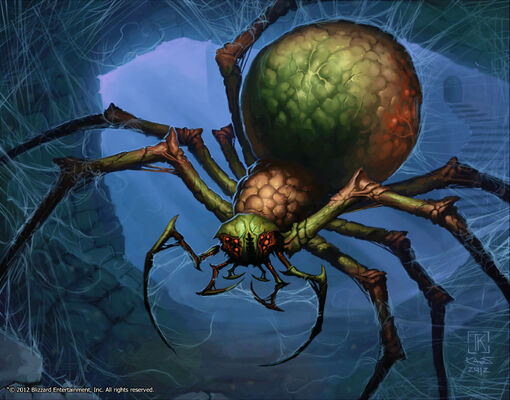