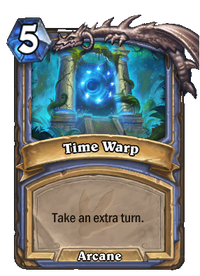 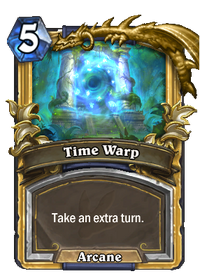 Time Warp is an uncollectible spell, generated by Open the Waygate, from the Journey to Un'Goro set. 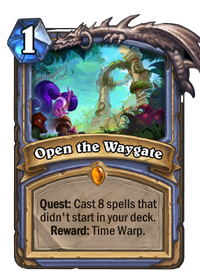 For information on how Time Warp works, see Open the Waygate#Notes.

Time Warp is a World of Warcraft mage ability which "warps the flow of time", increasing haste by 30% for all party and raid members for 40 seconds. It shares the same functionality as Bloodlust and Heroism.