The Dalaran Heist is a single-player game mode added with the Rise of Shadows expansion. The mode released on May 16, 2019, 5 weeks after the expansion's launch.

The Dalaran Heist uses a format like the previous single-player campaigns, but with some elements from Adventures as well. The game mode includes five chapters containing eight bosses each. The first chapter is free to play. Additional chapters cost 700 gold or $6.99 USD each, or players can unlock the entire adventure for $19.99 USD.[1]

Reaching the fifth boss of each chapter gives the player 3 Rise of Shadows card packs, and completing all five wings grants a Golden Classic pack, a total of 16 card packs. Players also earn a collectible golden Zayle, Shadow Cloak and two unique card backs for completing all five chapters on both normal or Heroic difficulties.[2]

Each chapter of the adventure has a unique Twist that affects the game.

Anomaly Mode is unlocked when you have all five chapters of The Dalaran Heist unlocked. It can be activated by clicking the button above the "Start" button before each chapter. Anomaly Mode adds an additional Twist to the selected chapter. The Twist is rolled before chapter selection and can be seen when selecting it.

"Welcome to my tavern, friends. Enjoy your stay!"

Between rounds 3 and 4 and rounds 5 and 6, the player will enter a Friendly Encounter with Bartender Bob in one of his many taverns (or on rare occasions, Bartendotron). Inside his tavern, 4 minions from your deck will be placed on your side of the board, and 4 random minions will be placed on Bob's side of the board. The player will receive 3-5 cards from Bob that can modify the player's Adventure Deck, with effects such as adding or removing minions on the board or permanently buffing a specific card. Each of Bob's cards costs 0 or 1 "Gold" (mana), and the player has 2 Gold to spend in the tavern. 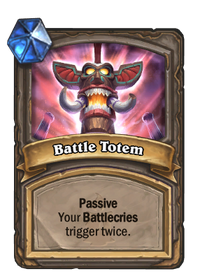 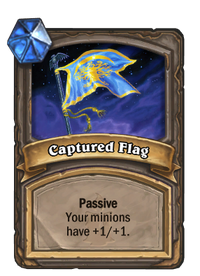 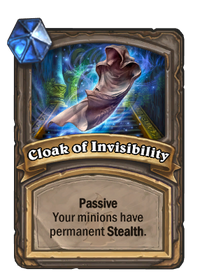 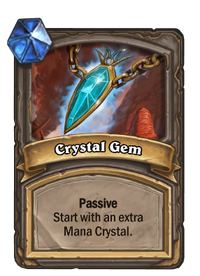 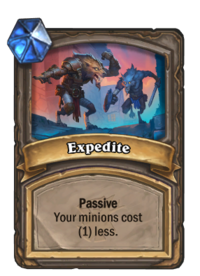 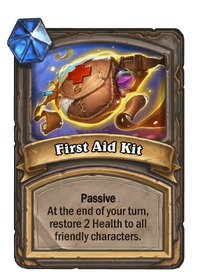 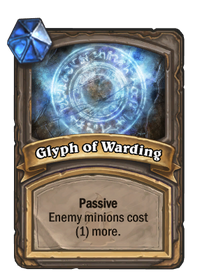 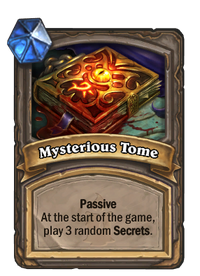 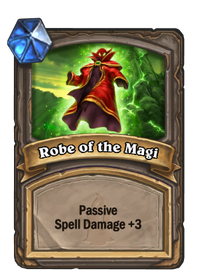 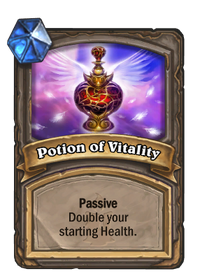 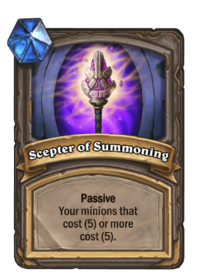 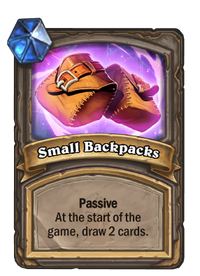 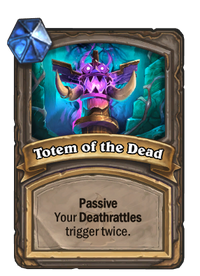 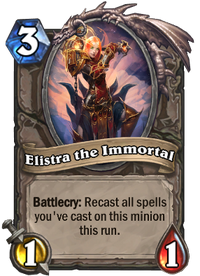 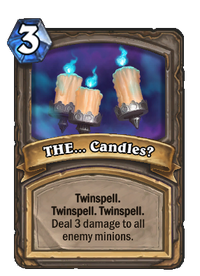 After each win, the player gets to choose three cards to add to their deck. The three cards chosen belong to the same bundle, being selected from it randomly; the player then chooses one selection of three cards from three options. Each selection may contain multiple copies of the same card.

The Dalaran Heist is set in Dalaran, a magocratic city that players can also find in World of Warcraft.

In Hearthstone, Dalaran is being watched over by members of the Kirin Tor, who are Vargoth, Kalec and Khadgar. Numerous characters from World of Warcraft's Dalaran make an appearance in The Dalaran Heist as well, along with many other faces that are exclusive to Hearthstone.

Arch-Villain Rafaam gathered villans from previous expansions and recruited miscreants from all around Azeroth, formed the League of E.V.I.L., and attacked Dalaran with the aim of claiming the city for himself and his new comrades.

Join me... for the greatest criminal undertaking in the history of villainy!

Dalaran! A splendid, floating city of magic. I think we will take it!

Heroic mode increases the difficulty of all the bosses... as well as our ability to gloat when triumphant.

Everyone, split up. For this plan to work, we must each do our part.

We have recruited an elite band of disenfranchised miscreants. Each have their own strengths.

As we plunder the riches of Dalaran, we will gail ever greater kleptomaniacal skills.

You will begin with a modest deck. The rest of our cards... we will take! (mwahahah)

Henchmen's turn 2 on a first boss

Heistbaron Togwaggle
Rakanishu! Be stepping from my lamp for the skulking about and burny-burning!
Swampqueen Hagatha
Vessina, your cold-blooded magics warm my black heart. Unleash havoc!
A kobold druid? The most magical of vermin. Slay them.
Madame Lazul
Eudora, my favorite mercenary. Great fortune will be yours, should you out-fox our foes.
Kriziki, your talents were wasted in the Kabal. With us, I promise you will fly again.
Blastmaster Boom
They laughed when I gave a sniper rifle to a gnoll. Aim for the laughter! Shoot!
Oh good! The muscle's here. You be the brawn, I'll do the thinky-stuff!
Arch-Villain Rafaam
Tekahn, if all you've told me is true, you are an instrumental part of our master plan.
Your adventurer friends abandoned you, George, but you can always believe in me.

The guards and citizens of Dalaran will rise against us. Play dirty. Defeat them.

The city's defenders grow more difficult as we progress. I recommend you start cheating.

With each victory, our E.V.I.L. organization grows in power. Choose wisely to enhance your deck.

Grab what you can! Dalaran is littered with powerful artifacts, soon to be ours!

Our E.V.I.L. plan comes together! Check in with the others to see what’s happening elsewhere in the city.

This organization does NOT tolerate FAILURE! But... we are a smidge shorthanded so feel free to try again.

The bank of Dalaran! YOU be distracting all the guards. WE be taking ALL the loots!

Bank guards... adventurers... bah!
Nobody is wanting us to be stealing loots for some reason.

Adventurers! I am smelling adventurers! Not forgiving them after dungeon diving!
Townsfolk of Dalaran being angry at looting and mayhem. Always fun-spoiling.

Ohhh! Untold Splendor is random. Otherwise it be TOLD.

I am remembering younger Taggawag, before the legend.

Ours, ours, ours! More gold is being here than all of kobold catacombs!

Magical beasts fill these prison cells. Such beautiful creatures... We must unleash them.

We won't know who - or what - awaits within these prison cells.

Azeroth's so-called "Heroes" are trying to stop us. Send them to the Spirit Healer!
The townspeople stand against us. But this is not my first torch-wielding mob.

The Elixir of Vile! It was Blood Witch Gretta's favorite.

The Hand of Rafaam is cursed. It was even worse when it was attached.

Such a beautiful weapon... it reaps. And sows havoc.

I grew a whole Witchwood with just a handful of chaos seeds.

It is done! As we speak magical fiends flood the streets of Dalaran!

The Streets of Dalaran[edit | edit source]

Entering the Streets of Dalaran

I've promised Rafaam dat we will win over de merchant district. By any means...

De streets are narrow. But, skulking in dark alleys is our specialty.

De Prince's Ring calls to you from de grave. Take it...

We have found... de Immortal! What is overpowered may never die!

Bring de Grimmer Patron with you. He brings friends.

Orb of the Untold

An orb of de purest void! It is like a fun-size Old God.

De markets are ours! We will re-open dem with merchants friendly to de cause.

Okay here's the deal: You gotta keep these sewers clear while I wire up the rockets.

So I might've accidentally sliced into a toxic sewer gas line... You'll be fine as long as you don't move. Or breathe.

Khadgar sent adventurers to stop us. They'll do anything for money! And WE'RE the “bad guys.”
The citizens of Dalaran are trying to stop us! Maybe calling our group “E.V.I.L.” was bad PR.

Take the Rocket Backpack! Everything's better with rockets. I put rockets in my rockets.

One of these treasures is Hagatha's! You can tell by the smell.

The Hyperblaster! We took an ordinary blaster and loaded it with caffeine.

Hey take the Fly-By! The Kadoom Bot guarantees a win. (For somebody.)

You call that gnomish garbage a knife? THIS is a knife! No wait that's a bomb.

These wizard guys put a monkey in a bubble? GENIUS!

Rockets are ready! The city almost definitely won't explode and fall from the sky.

The city will never be ours until the Kirin-Tor is dealt with. Come with me.

Atop this citadel await the most powerful mages in Azeroth. Prepare for a long fight.

Adventurers are trying to defeat us! Do not let them complete their quest!

With the Elixir of Vigor, your supply of pathetic henchmen will be infinite!

Don't like your cards? Recycle them. It's good for the environment and also very slightly evil.

The Robes of Gaudiness are excellent to wear while making bombastic speeches to heroes.

Do you find your lackeys lacking? Two words: Big. Boomba.

The different between a "Plan" and a "Master Plan" is the menace of the laughter. (laughs)

Our propaganda has been more effective since we made the posters mustache-proof.

The Kirin Tor is on the run. Without their leaders, we control the City! Ha-haha-Muwahahaha!

The Dalaran Heist launched on May 16, 2019.[3] It consists of five chapters, with the first two chapters unlocked on release day, and the rest of the chapters being unlocked every seven days over the following weeks. The first chapter is free to play. Additional chapters cost 700 gold or $6.99 USD each, or players can unlock the entire adventure for $19.99 USD.[1]