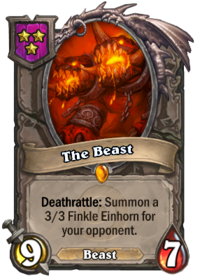 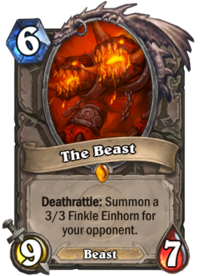 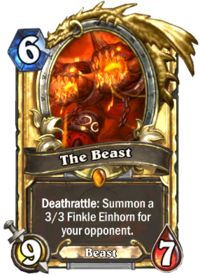 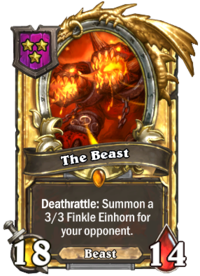 Deathrattle: Summon a 3/3 Finkle Einhorn for your opponent.

The Beast is a tier 3 minion in the Battlegrounds game mode. 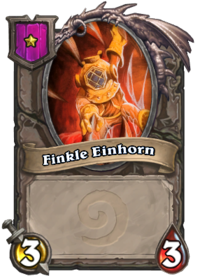 While The Beast has the highest raw stats of any tier 3 minion, its Deathrattle is detrimental in combat as it can easily either give the opponent 1 more damage or reduce the damage you can deal. Its Beast tag allows it to receive buffs from Houndmaster, Virmen Sensei, and Pack Leader, but because Beasts are limited in tavern buffs, it's often hard to buff The Beast to a point where keeping it is justifiable in the late-game, and it does not contribute well to the usual Beast strategy of overwhelming the opponent with masses of tokens. The Beast can provide a strong Beast body for Menagerie warbands, but Cave Hydra usually benefits more from their buffs. 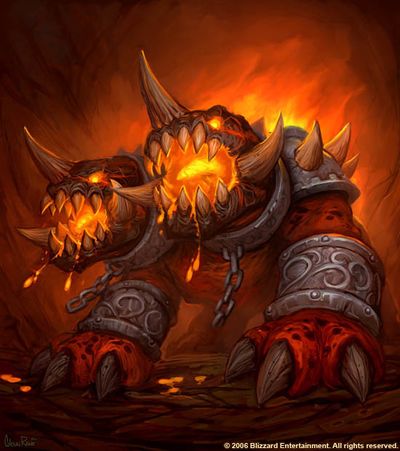