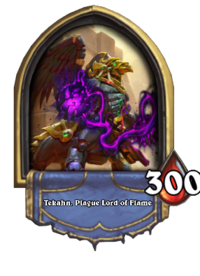 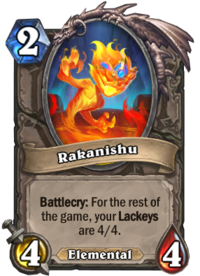 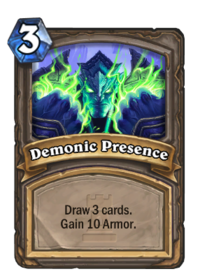 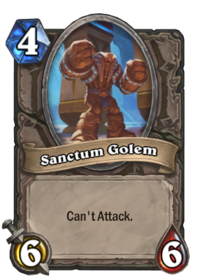 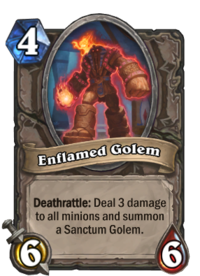 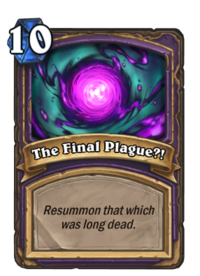 Tekahn can either be a walk in the park, or brutally difficult, depending on how prepared you are for him.

All signature treasures that you have collected, for a particular hero, will be shuffled into your deck at the start of the game, so obtaining as many of these treasures as you can is recommended for a higher chance of success.

Tekahn uses a Zoo Warlock deck, and always puts down Rakanishu whenever he has 2 mana to give his Lackeys a 4/4 buff, then obtains Lackeys to put on the battlefield via Lackey-generating cards like EVIL Totem and EVIL Conscripter.

Try to focus on trading often so that Tekahn's minions can't get a clear shot on your hero, and attack Tekahn himself if you're sure that you can take the damage if you don't trade.

In the first phase of the battle, Tekahn can put down Sanctum Golems and use Awaken the Flame to make them a nuisance. The Enflamed Golem's deathrattle, which deals 3 damage to all minions and summons a Sanctum Golem, may not be a big problem if your board is full of big minions, but Tekahn can continue doing this as long as you leave at least one Sanctum Golem alive. Therefore, destroy the Sanctum Golems before Tekahn can manipulate them.

His second phase is pretty easy to work around, and you can even use it to your advantage. Should you be faced in a situation where one of your minions is afflicted with Curse of Flame, and Tekahn's board is full of healthy minions, you can leave that minion alive so that Curse of Flame wipes out Tekahn's board. Try not to allow the effect to wipe out your own board, though. If necessary, use your other minions to trade so that the Curse of Flame can destroy them.

In his final phase, cut back on high-cost cards, and only play them if necessary or if you can take the hit. Tekahn himself will also take damage by his Hero Power, and while you cannot control which cards he plays, you can use it as a vantage point to finish him off when you get the chance.

At the start of this phase, he always plays The Final Plague?!, one of the most powerful cards in his deck. It summons all four Old Gods, C'Thun, Yogg-Saron, Hope's End, N'Zoth, the Corruptor and Y'Shaarj, Rage Unbound. While the former three Gods aren't that big of a threat, since most their power comes from their battlecries, Y'Shaarj is the one you have to worry about. Destroy it as quickly as you can, before its end-of-turn effect turns the game in Tekahn's favor. Deal with the other three Old Gods as though they were regular minions.

The order in which you pick your heroes is important as well. If done correctly, you can unleash powerful synergies between them. For instance, using Brann first and summoning many King Krush copies with Brann's Epic Egg, allowing them to die, and then using Staff of Renewal as Elise to resurrect them all, resulting in a potential 56 damage to the enemy hero.

Another good tactic is to save Reno for last, casting as many spells as all other heroes as possible, and then using all those spells as fuel for The Gatling Wand.

Sir Finley is useful in the first phase of the battle, with the ability to swarm the board with Murlocs with Scales of Justice, weakening the enemy board in the process.

Elise is the team's healer, buffing minions and helping them withstand otherwise devastating AoE damage from Enflamed Golem and Curse of Flame.

Reno, as the spellslinger, can damage the enemy board using his damaging spells such as The Gatling Wand and Flamestrike, meaning that he won't have to weaken his own board by trading just to rid the board of enemies. As he is also part Rogue, he is capable of cost reduction, which can make Soul Pyre more surmountable.

Brann is capable of summoning large minions with Brann's Epic Egg, simply by damaging it with Spread Shot or other spells that will also damage his own board, effectively turning weakness into strength. 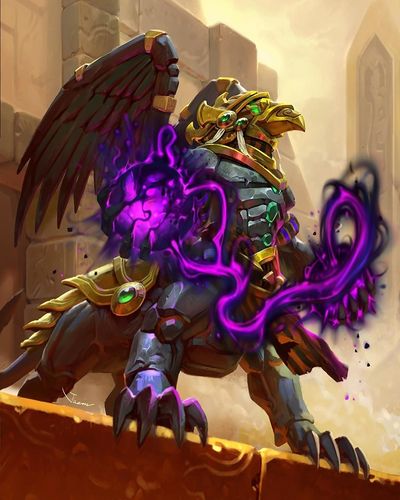 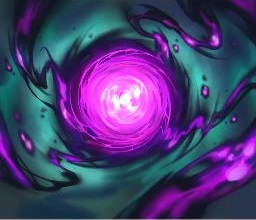 Tekahn, Plague Lord of Flame
You are out of your depth, treasure-hunter.
My vast power will obliterate you!
You stand on the precipice of failure!
The final battle is upon us...
Reno Jackson
I don't know what your endgame is, Tekahn, but I know it ends here!
Sir Finley
You will be destroyed, Tekahn, or my name isn't Sir Finley Mrrgglton!
Elise Starseeker
The League is ready for you, Tekahn. Your plagues will come to an end!
Brann Bronzebeard
Yer first, Tekahn. Then we're comin' after yer boss!
Tekahn, Plague Lord of Flame
I am the Plague of Fire, flames incarnate!
I am reborn—the greatest of Plague Lords, the Dark Pharaoh of Azeroth!
A pity. I was certain I had seen the last of you.
Just how many explorers are in that league of yours?
More kindling for my fire?
Is there no end to your provocations?!
Your persistence will not change the outcome.
Fools know nothing. (vs. Reno Jackson)
They... They knighted you? Seriously? (vs. Sir Finley)
We shall see. (vs. Elise Starseeker)
I answer to no one! (vs. Brann Bronzebeard)

Tekahn, Plague Lord of Flame
Rafaam told me you would beg.

Feel the fury of the flames!
Go in a blaze of glory!
The fires rise!
I hold a torch for you.

Behold the dance of smoke and flame!
Burn before my watchful gaze...
You will pay dearly for this intrusion!
My patience wanes!

Fall to ash!
How much can you endure?
A sacrificial fire...
Writhe in your misery!
All will be devoured in dark fire!

Tekahn, Plague Lord of Flame
I am the true heir of the titans.
None have felt such power!
Now is the inferno of my discontent made glorious bright by the plague of flames.
I did not make questionable deals with Rafaam to be foiled by explorers!
Time and again, I rise from the ashes. When you are forgotten, I will be a legend.
The League of Explorers? Bah. A comedy troupe.

My will is stone! I must triumph!

The Dark Pharaoh is immortal, inextinguishable!

Tekahn, Plague Lord of Flame
You have witnessed the power of … the Final Plague.

The flames bend to my will!

Roast until nothing remains!

The sea of flames engulfs you!

My soldiers are as numerous as the sands.

None escape the inferno!

Come, spirit of the flame!
(dies) No! Do not tell Togwaggle.

Your souls will make fine embers.

You send an amateur against me?

You would ally with this filth!?

What kind of explorer needs a map?

Tekahn, Plague Lord of Flame
RAFAAM!!
Reno Jackson
We did it! We saved the world! We’re THAT good!
Elise Starseeker
What did Tekahn mean about the “Final Plague"?
Brann Bronzebeard
And where did Rafaam run off to? Dalaran is gone!
Sir Finley
Indeed, my friends. I hazard that this ordeal is not… quite… over.

Tekahn, Plague Lord of Flame
I suppose you can explore the afterlife now...
You withstood more than most, I grant you that.

Tekahn, Plague Lord of Flame
At last, Uldum is mine! But... ravaged by plagues. Hm.
Elise Starseeker
Explorers... regroup! We are beaten this day, but maybe we can return when we are stronger...

Dark Pharaoh Tekahn is the king of the Neferset tribe, a faction of tol'vir who regained their stone skins (lost to the Curse of Flesh) in exchange for their obedience to Deathwing and his ally, Al'Akir, lord of the winds. He is in control of the immortal colossi, and with his death, they will crumble.