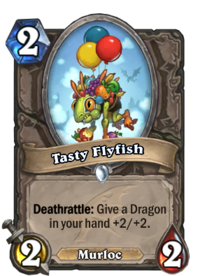 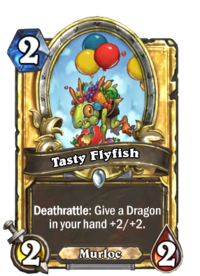 Reinforced with vitamins and mrglrls.

Tasty Flyfish is a common neutral minion card, from the Descent of Dragons set.

Tasty Flyfish is a rather unassuming 2-drop, but has decent value of 4/4 overall stats if you are holding a Dragon when it dies. To optimize the impact of Tasty Flyfish, a deck should run both Murlocs and Dragons and care for extra stats. As such, it fits well into a deck along with Skyfin and Nightmare Amalgam, which also have Dragon/Murloc synergy. 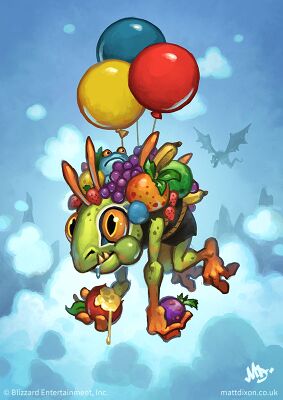