Mind control effects or control effects are effects which allow a player to seize control of an enemy minion. Controlled minions are treated as belonging to the controlling player for all purposes, can be directed to attack its former allies and owner, and will immediately be transferred to the controlling player's side of the battlefield, to the far right of the board.

Mind control effects are some of the most notorious effects in the game, and are most commonly associated with priests.

Far more rarely, take control effects can steal control of cards such as Secrets and Weapons instead of minions. As of Descent of Dragons, the only cards to feature this ability are Kezan Mystic and Kobold Stickyfinger. 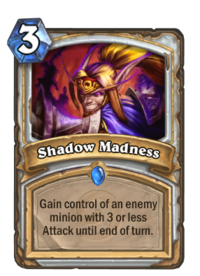 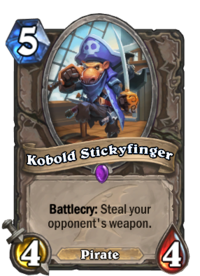 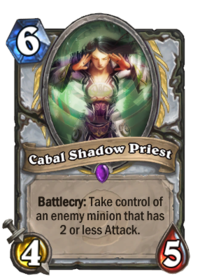 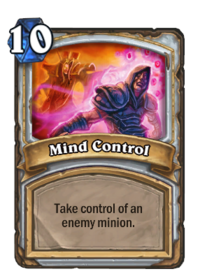 The below cards are planned for release with Scholomance Academy, coming August 6, 2020. 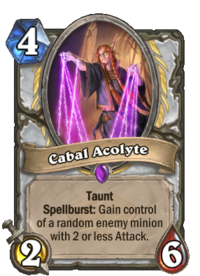 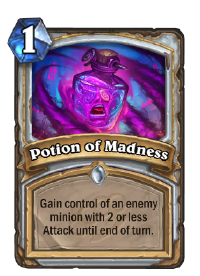 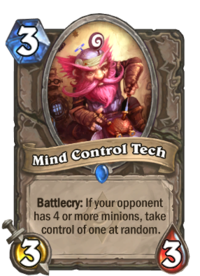 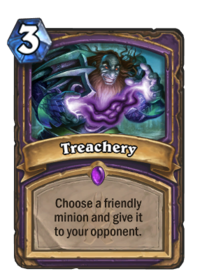 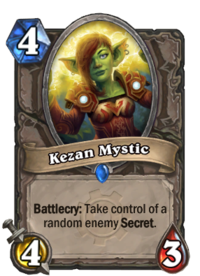 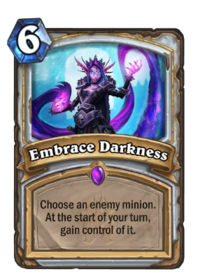 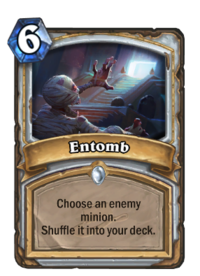 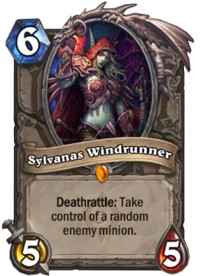 As of Knights of the Frozen Throne, there are 10 control effects in the game:

The spell Mind Control is the most expensive and powerful of the options, as the only one that takes immediate, targeted control of any enemy minion in play without using a combination card. This sets mind control effects apart from other removal abilities like destroy and transform, which are represented by a greater number of cards and are in many cases easier to play than mind control.