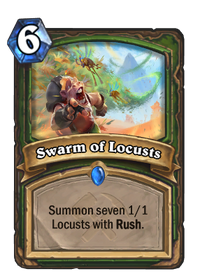 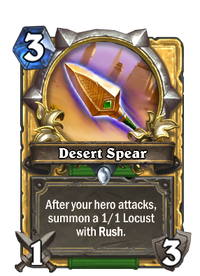 Swarm of Locusts is a rare hunter spell card, from the Saviors of Uldum set. 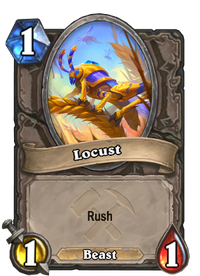 Swarm of Locusts is a very good spell to include in a deck running Unseal the Vault, summoning up to seven minions to flood the board. Because the Locusts have Rush, they are able to attack enemy minions right away, which will likely result in their own destruction, making room for more minions on your board.