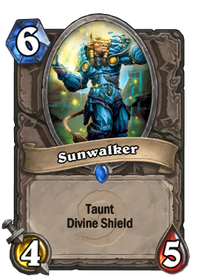 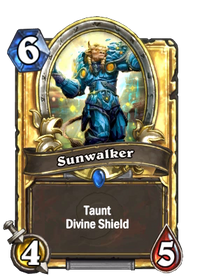 She doesn’t ACTUALLY walk on the Sun. It's just a name. Don’t worry!

Sunwalker is a rare neutral minion card, from the Classic set.

This card has both Divine Shield and Taunt which makes it a very good defensive wall that takes extra effort to destroy. And arguably more importantly against priests, it sits in the safe spot between 3 and 5 attack, avoiding Shadow Word: Pain and Shadow Word: Death. Otherwise compare it to Lord of the Arena.

Summon
Truth is my shield.

The Sunwalkers are an order of tauren paladins introduced in World of Warcraft: Cataclysm. They were founded by Aponi Brightmane after a series of theological discussions with Tahu Sagewind about the importance of balancing out the night-elven focus on moon-worship through reverance of light as part of their worship of the Earth Mother. As such, the Sunwalkers are warriors who wield the power of An'she as they did in the past, the sun in tauren mythology. These 'paladins' exist alongside the renewed Seers, tauren priests led by Tahu Sagewind who also wield the power of An'she. The emergence of the Sunwalkers is a sign of both troubling times and the unending duty the tauren race has to the Earth Mother, in which hope is their greatest weapon. 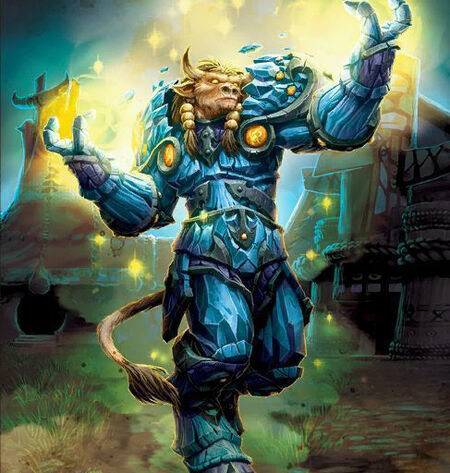