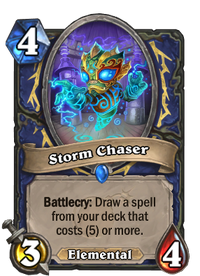 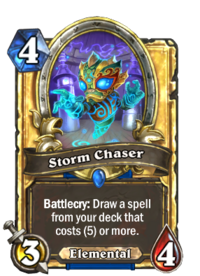 Battlecry: Draw a spell from your deck that costs (5) or more.

Best drank after a stiff gale.

Storm Chaser is a rare shaman minion card, from The Boomsday Project set.

Storm Chaser can be obtained through The Boomsday Project card packs, or through crafting.

Being able to retrieve Bloodlust and Volcano with the chance to play them on curve makes Storm Chaser useful for both aggro and control decks. It has the added bonus of also being an Elemental, allowing tribe synergies. It also help Malygos-based combo and Overload-based Shamans the ability to tutor Eureka! or Lesser Sapphire Spellstone, improving the consistency of their combo alongside Sandbinder for drawing Snowfury Giant. It can also search for Hagatha's Scheme, letting you build it up quicker and more consistently.

List of Shaman spells that can be drawn[edit | edit source] 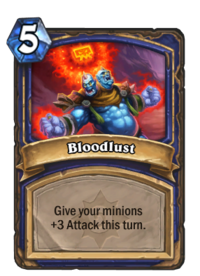 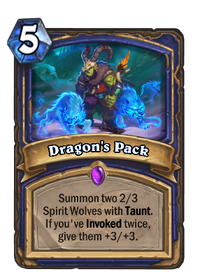 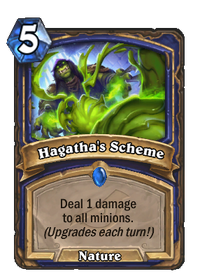 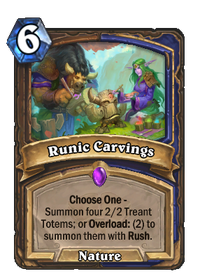 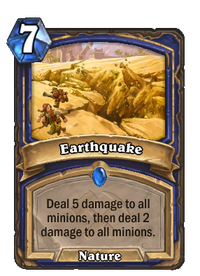 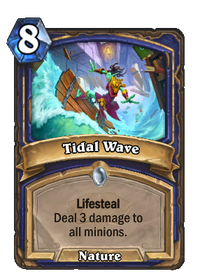 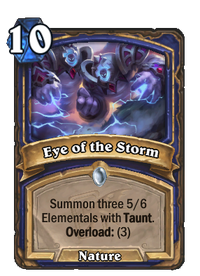 Pandaren spirits, or ancient spirits, are elementals that exist on Pandaria and the Wandering Isle, representing the heart of its elemental powers. Most of them protect their element in various locations and have done so for thousands of years.

The playful water spirits have a curious connection to the weather. They are especially mischievous, and are known to frequent the canals of the Stormstout Brewery.