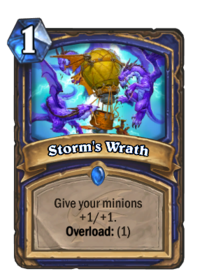 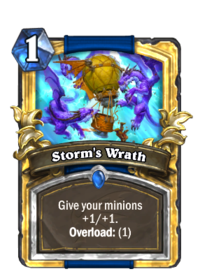 How many dragons does it take to destroy a hot air balloon? One, two, three, CRUNCH!

Storm's Wrath is a rare shaman spell card, from the Descent of Dragons set.

A useful card for an aggressive Shaman deck. While it looks worse than Mark of the Lotus, the Overload can be a benefit if used with cards like Surging Tempest, Vessina, and Tunnel Trogg. 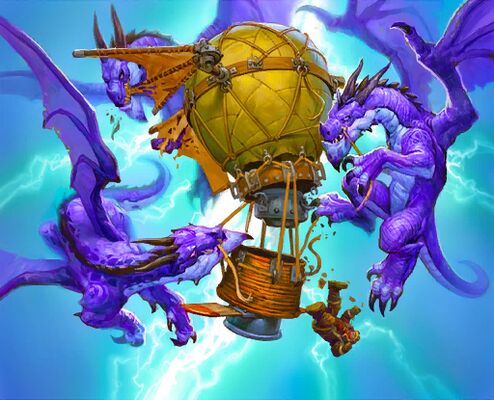