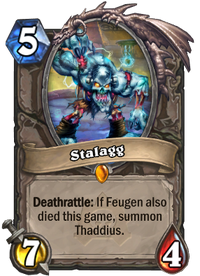 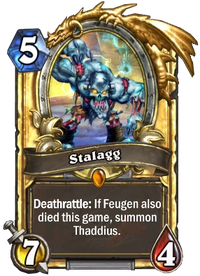 Stalagg is a legendary neutral minion card, from the Naxxramas set. It interacts with the death of Feugen to summon Thaddius.

Regular Stalagg is obtained by completing the Construct Quarter wing of Curse of Naxxramas.

As a Wild format card, both regular and golden versions of Stalagg can also be crafted for the following amounts: 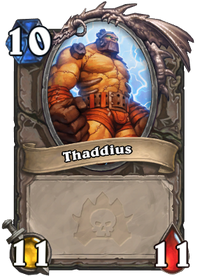 For notes and strategy, see Feugen.

Death
Master! Save me!

Stalagg was a part of the Thaddius boss fight in the Naxxramas raid.