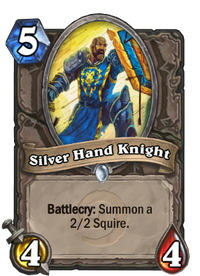 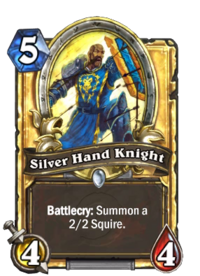 It's good to be a knight. Less so to be one's squire.

Silver Hand Knight is a common neutral minion card, from the Classic set. His Battlecry summons a Squire.

Silver Hand Knight can be obtained through Classic card packs, through crafting, or as an Arena reward. 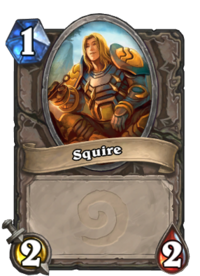 The Squire, although easily defeated, can be useful for mopping up smaller minions, or can be buffed to more respectable stats. Silver Hand Knight may be desirable for decks focusing on large numbers of smaller minions, and works well with auras and buffs such as Bloodlust and Defender of Argus's Battlecry. 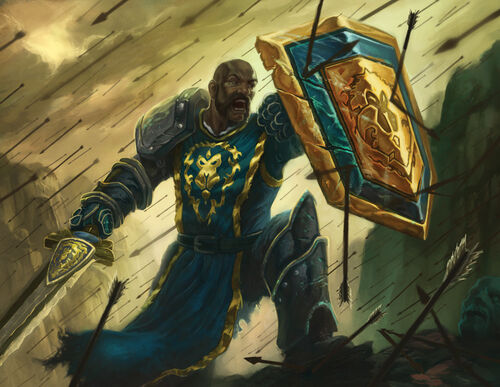