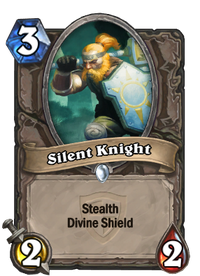 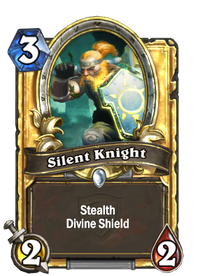 He used to be a librarian. Old habits die hard.

Silent Knight is a common neutral minion card, from the Grand Tournament set.

Silent Knight can be obtained through The Grand Tournament card packs, or through crafting.

Although a weak card at first, this minion provides more reliable combo effects with cards such as Blood Knight, since it has Stealth as well as Divine Shield. This protects the minion from most attacks, giving a higher chance for Blood Knight to activate its effect. Buff cards, such as Blessing of Kings and Velen's Chosen, also synergize with Silent Knight, enabling the card to remove threats while the Divine Shield maintains a powerful minion on board.

On its own, Silent Knight does not appear to be particularly powerful; however, its combination of Stealth and Divine Shield makes it particularly difficult to kill the turn it comes into play. Therefore, it can be used as a deterrent against low health minions, threatening to remove any minion with 2 health or less while still leaving you with a 2/2.

This minion type is original to Hearthstone. 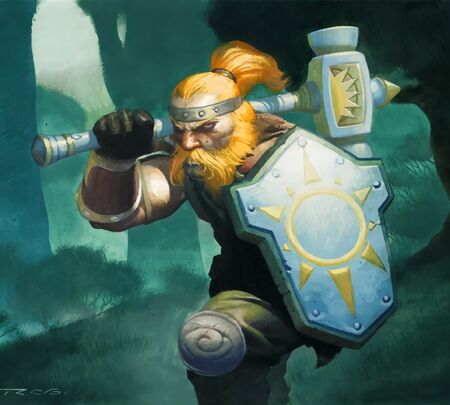