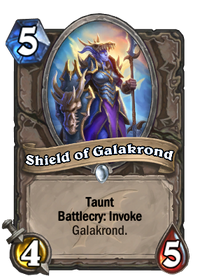 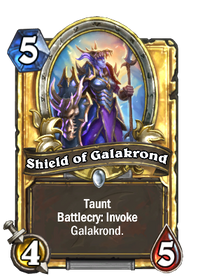 Shield of Galakrond is a common neutral minion card, from the Descent of Dragons set.

Golden Shield of Galakrond can be obtained through crafting only.

This card is a good tool to add to a deck that is lacking some Invoke cards for a full cycle. It is also comparable in stats to other Taunt minions for the same mana such as Booty Bay Bodyguard, Fen Creeper, and Rotten Applebaum. Each class uses Shield of Galakrond slightly differently, although the baseline 4/5 body is solid.

Summon
I will act as your scale, dragonlord.
Attack
His will be done! 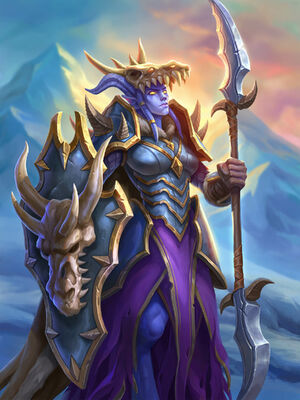