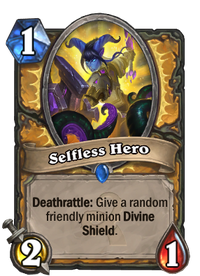 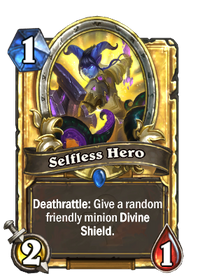 Selfless Hero is a Tier 2 minion in the Battlegrounds game mode.

Selfless Hero is fairly weak during the early game. Its 1 Health means it loses to most other tier 2 minions, and the relative weakness of other early game minions means that the Divine Shield it gives isn't an especially strong buff.