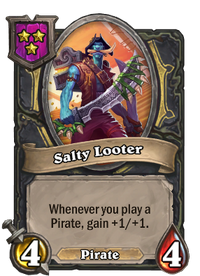 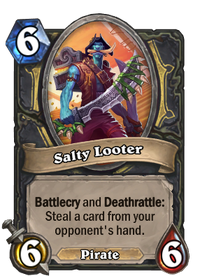 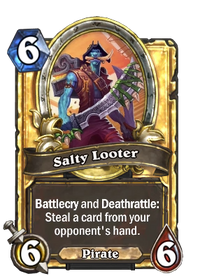 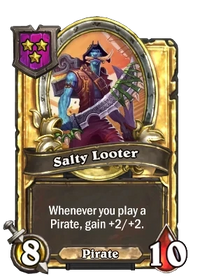 Salty Looter is a Tier 3 minion in the Battlegrounds game mode.

The Salty Looter is a Tier 3 pirate in Battlegrounds that forms the backbone of most pirate builds. It synergizes extremely well with the two-cost, Freedealing Gambler, allowing to stack stats for free, easily growing bigger than any other minion in midgame. These stats can grow to insane with Cap'n Hoggarr, allowing to stack stats as fast as the player can play and sell the pirates.