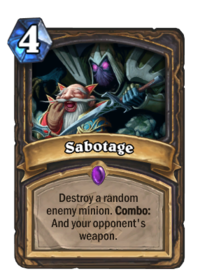 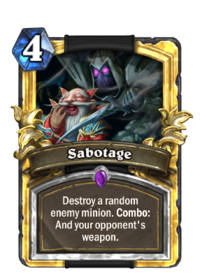 Destroy a random enemy minion. Combo: And your opponent's weapon.

Rogues can't stand it. They know you planned it! They are going to set you straight!

Sabotage is an epic rogue spell card, from the Goblins vs Gnomes set.

Sabotage can be obtained through Goblins vs Gnomes card packs, or through crafting.

Sabotage is a situational card, which with the right circumstances can turn the tide of the battle. It is a good idea to keep this card until your opponent has only valuable minions on board, or use its combo effect to destroy the opponent's weapon. 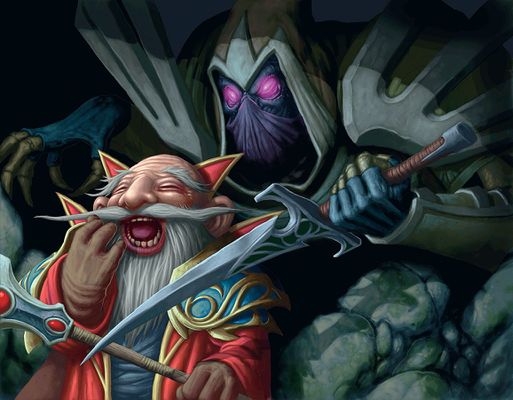