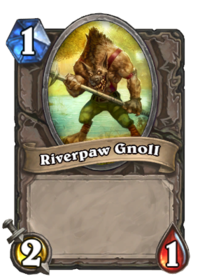 Riverpaw Gnoll is a boss card used by Hogger boss during the game's tutorial. It is not available to players. 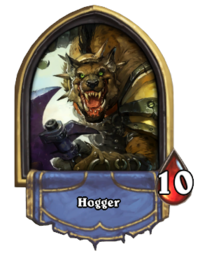 Gnolls are one of the younger races of Lordaeron. Indigenous to both the Alterac Mountains and the Redridge Range far to the south, these hyena-like humanoids are extremely aggressive and are often found quarreling amongst themselves. Though relatively intelligent compared to most beasts, they are not very bright by human standards. They have been known to manipulate each other into fights over ridiculous things like "whose shadow is larger". It has often been stated that the gnolls would be quite a fearsome race, if they ever stopped tearing each other to pieces long enough to organize themselves into an army. 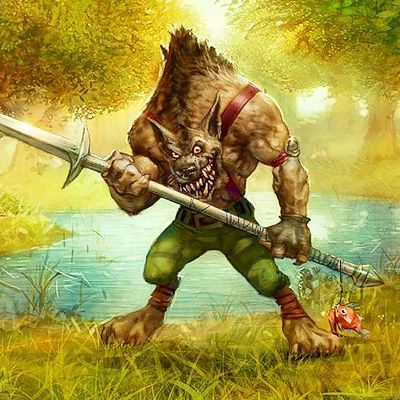