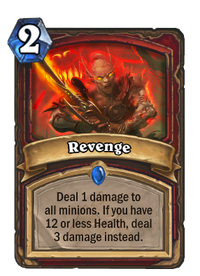 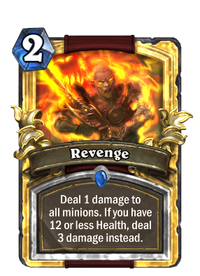 Deal 1 damage to all minions. If you have 12 or less Health, deal 3 damage instead.

This is better than Arcane Explosion, so I guess warriors are finally getting revenge on mages for Mortal Strike being worse than Fireball.

Revenge is a rare warrior spell card, from the Blackrock Mountain set.

Two copies of regular Revenge are obtained by defeating Razorgore the Untamed in Blackrock Mountain.

As a Wild format card, both regular and golden versions of Revenge can also be crafted for the following amounts:

Early on, this can clear small minions and trigger your own effects as a Whirlwind +1 mana cost. Late-game and at lower Health, its combo function becomes more hazardous to the player's own board, at which point it should instead be treated as a 3-damage board clear like Hellfire, but without the hero damage. In most cases it is best not to rely on the combo potential of the 3 damage AoE, however if you add Commanding Shout you can keep your minions alive, trigger any combos or Enrage effects, and damage/kill your opponent's board.

Revenge is a high-damage Protection warrior melee counterattack. It deals damage to the target enemy and a lesser amount to two additional enemies. Using it also generates Rage. Dodging or parrying an attack will reset the cooldown. 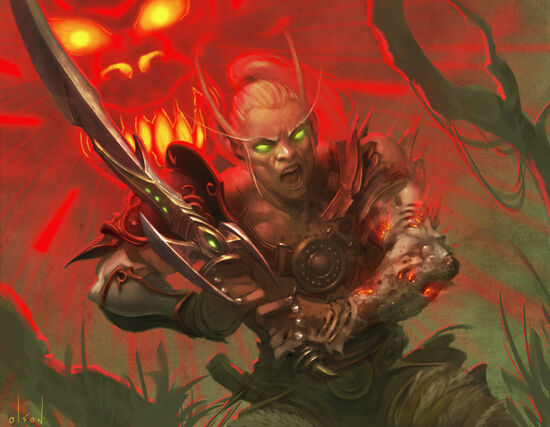