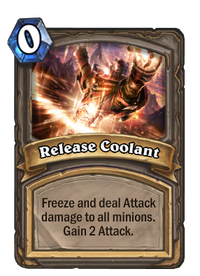 Freeze and deal Attack damage to all minions. Gain 2 Attack.

Release Coolant is believed to be a removed Tavern Brawl card. It is speculated to have been designed as part of the Unite Against Mechazod! Brawl.

There are several reasons for this speculation. The card's function targets all minions, something which is rarely desirable, but makes sense during the Mechazod Brawl, where both players unite to fight the boss. The card also grants a permanent +2 Attack to the casting hero, something which months later has only been seen on one other card - Overclock, itself a card from the Mechazod Brawl. The title and spell concept appears to refer to a mechanical item or being. Finally, the card was added at the same time as the other Mechazod cards, and months later has still not been seen in-game. 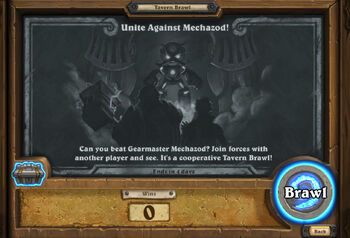 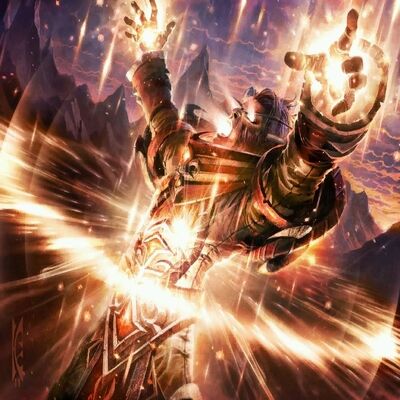