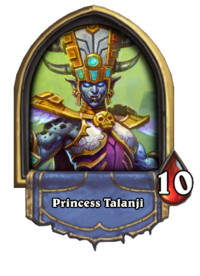 Her family bargained with the loa of death. That's bad. For you.

For the minion card of the same name, see Princess Talanji

Princess Talanji is a boss that can be encountered during the Rumble Run, if the player has not choosen one of the Priest Shrines. 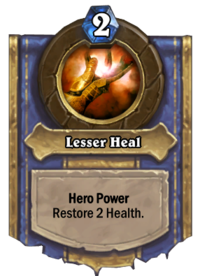 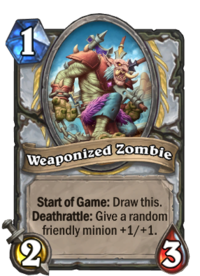 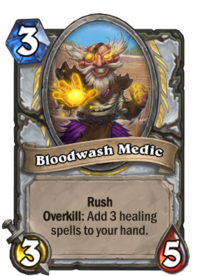 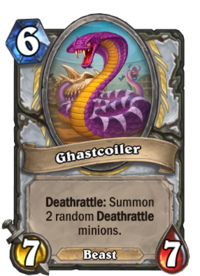 Princess Talanji
I will fight, if I must. And I will triumph.

Princess Talanji
Greetings - Would dat we had met on better terms.
Well Played - It is de Zandalari way.
Thanks - Civility has no place here.
Threaten - After all I have seen, what are you?
Oops - Are you holding back?
Wow - I, too, am awestruck.
Sorry - As am I.

Princess Talanji
Bwonsamdi!
It cannot end here...
What is dead will never die.

Princess Talanji
Where is your power now!?
No quarter. (vs. Rogue)
Strength is wasted without wisdom. (vs. Warrior)

Do you hear their spirits?
Vengeance for de fallen!

From life, to death.

Dis dark power flows through me...

Bwonsamdi's power runs through my blood.

Such is de strength of de Zandalar!

Princess Talanji
My family paid a price for dis power.