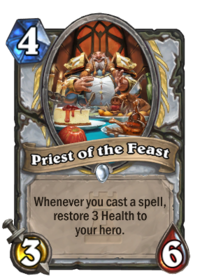 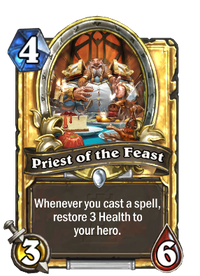 Priest of the Feast is a dwarven priest with a penchant for eating banquets, especially funnel cakes. The character canonically has a son, the Scholomance Academy student depicted in the artwork of Power Word: Feast.[1]