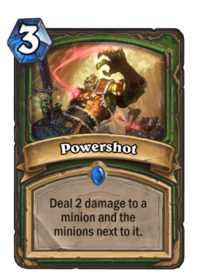 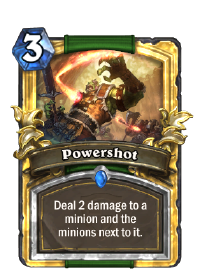 Deal 2 damage to a minion and the minions next to it.

Powershot is a rare hunter spell card, from the Grand Tournament set.

Powershot can be obtained through The Grand Tournament card packs, or through crafting.

This is a good card for control hunter decks because it is great at clearing low health minions from the enemies' board. This is great for giving the deck time to get to the end game.

In a pinch it can be used to destroy your Nerubian Eggs.

Essentially, it is a cheaper, less powerful version of Explosive Shot.

Powershot is a powerful hunter ability which deals a large amount of damage to a target and half as much damage to all enemies in a line between the hunter and the target, knocking back all targets struck. It has a long cast time and a reasonably long cooldown. 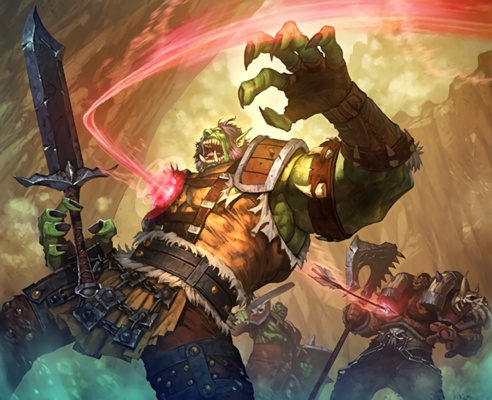