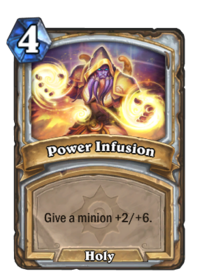 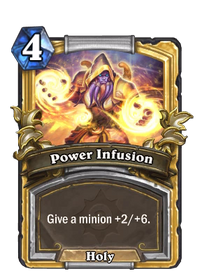 It infuses, it enthuses, it amuses!

Power Infusion is a priest spell card, from the Basic set.

Two copies of Power Infusion are a reward for raising a priest to level 2.

Two Golden copies of Power Infusion are a reward for raising a priest to levels 28 and 30.

Power Infusion is uncraftable and cannot be crafted or disenchanted.

The sizable buff granted by this card can be useful for creating advantageous trades, for creating a good target for repeated healing using Lesser Heal, for keeping a key minion alive, or for getting some extra damage. Given the cost of the card and the size of the buff, it is often better played on a small or medium minion, turning it into a larger threat, than on an already large and powerful minion, making it harder for the opponent to remove all your threats on the next turn.

By greatly increasing the target's Health, this spell synergizes well with Inner Fire.

Power Infusion is a level 100 Discipline and level 90 Shadow priest talent. It increases the priest's spell casting speed by 25%, and reduces either mana cost or increases Insanity generation for 20 seconds. 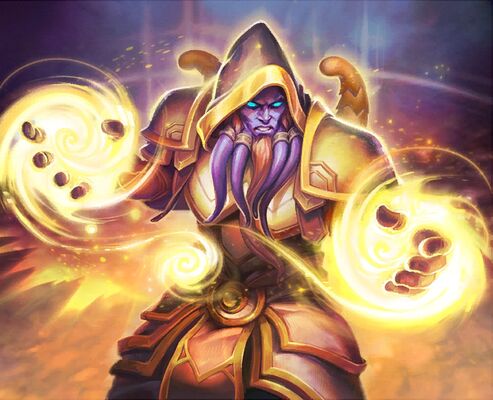