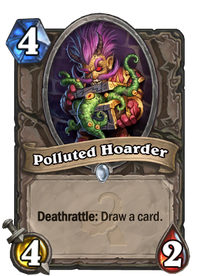 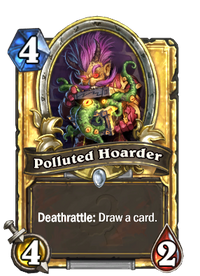 Roll ‘greed’ OR THIS COULD HAPPEN TO YOU.

Polluted Hoarder is a common neutral minion card, from the Whispers of the Old Gods set.

Polluted Hoarder can be obtained through Whispers of the Old Gods card packs, or through crafting.

This has the same stats as Cult Master, but is in comparison (almost) certain to draw a card. Cult Master is likely a better pick in a minion-heavy deck, or any situation where the player is ready to trade a minion, since the card will be drawn immediately; however, Polluted Hoarder is far superior on an empty board, making it essentially a safer but far less lucrative card draw option.

An average card in Arena, where card draw is important, and spells that deal 2 or more damage are more scarce than in other game modes.

Summon
Mine! All mine!
Attack
Gimme! 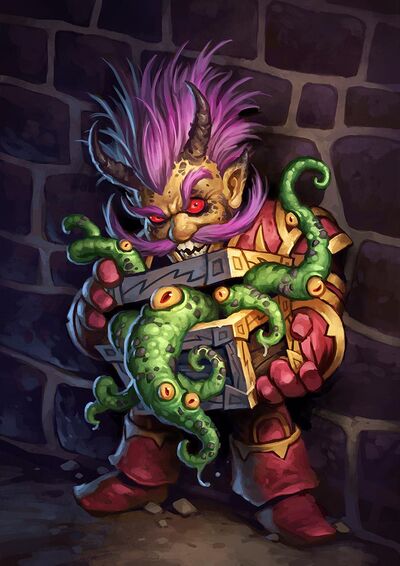