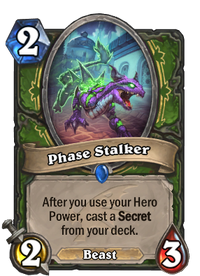 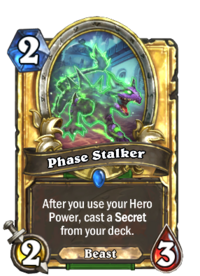 After you use your Hero Power, cast a Secret from your deck.

It's not just a phase! I don't have to tell you anything! GAWSH!

Phase Stalker is a rare hunter minion card, from the Descent of Dragons set.

As a card with a River Crocolisk's body on top of an already-powerful effect, this card can be run in any Hunter deck that cares about Secrets, and works well alongside cards like Masked Contender and Hyena Alpha. In Wild, it can be used in Even Hunter decks alongside Dragonbane, another even-cost Hunter card from Descent of Dragons, to take advantage of the reduced cost on the Hero Power, making it possible to play it and activate its effect on the same turn for only 3 mana.

Phase Stalker is a warp stalker. 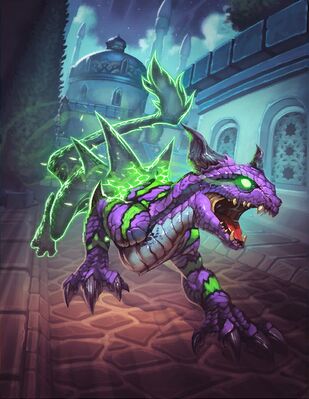